Bloomberg news noted yesterday that India’s gold imports have shown some signs of slowing, with May purchased at roughly half of what they were one month prior. May’s price surge is surely related, but one factor that we will be watching over the next 30-45 days is the behavior of the Indian Monsoon. As readers are aware, the lack of rains during the course of the 2009 monsoon season took quite a toll on India’s economy. As agriculture is such an important piece in the Indian economy, it is easy to see why a poor monsoon would effect numerous sectors outside of agriculture. As the 2010 season was approaching, all eyes have been glued to the Indian Meteorological Department’s (IMD) forecast. It turn’s out that the IMD is calling for a normal year in 2010; however, WTI is looking at a different scenario. We agree with the IMD that the current monsoon season will demonstrate an improvement over last year, and the health start to the 2010 monsoon is a sign that the season is off to agood start. But we are not calling for a complete recovery, and still expect to see areas that will be significantly deficient regarding moisture totals by the end of the campaign (most notably Western Rajasthan).

Previous research has shown that there is a correlation between Monsoon behavior and the gold market. India is the largest gold customer in the world, and it follows that a healthy monsoon will put additional cash into the pockets of would-be customers. After the noted healthy start, we are starting to see hints of the monsoon pattern scaling back over the next month; not back to a repeat of last year, but certainly not as strong as the IMD expectations would suggest. So with gold poised to move in either direction on any given day, the next few weeks in monsoon activity could be one factor which could potentially influence the market.
Posted by michael ferrari at 2:05 PM 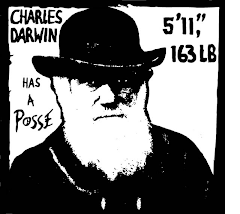